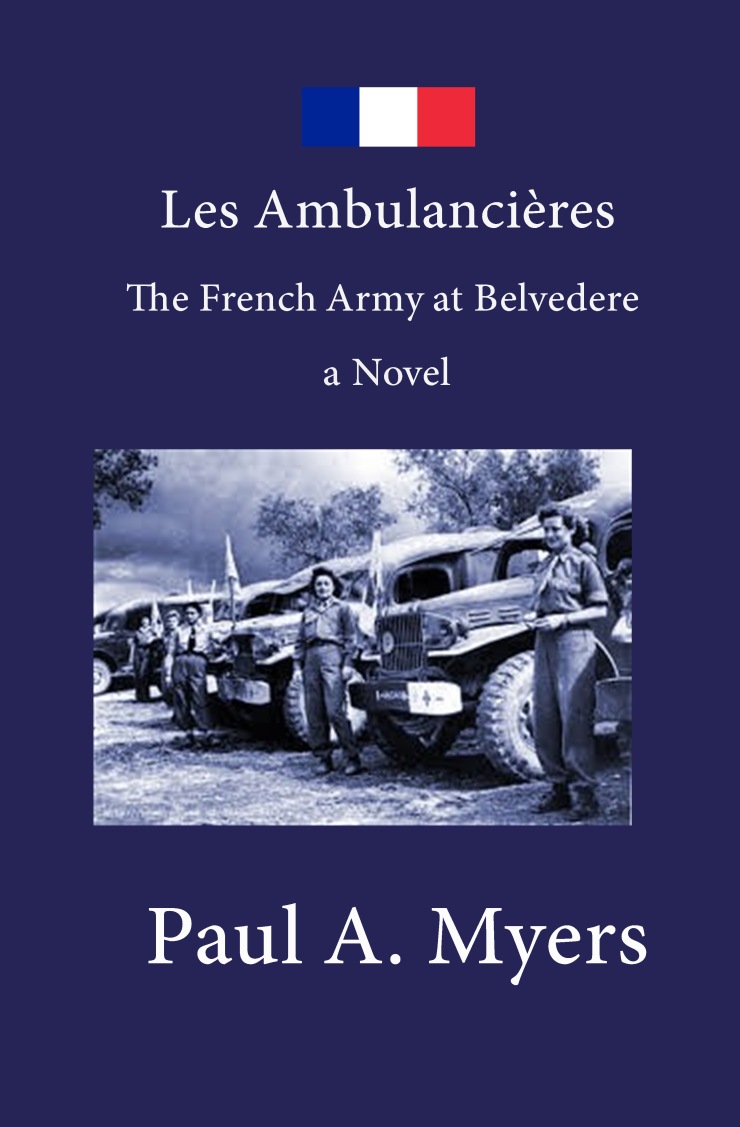 This is a PDF copy of my complete final draft of my new historical novel which should be ready for Amazon by October. Feedback and comments are welcome.

Two French infantry divisions, the 2nd Moroccans and the 3rd Algerians, unload in Naples, Italy in late 1944 for the Allied advance on Rome. The American general asks the French general to reassign his woman ambulance drivers to safer areas in the rear. He refuses. “The women of France, like the men are proud to die for their country.” This is the story of the woman ambulance drivers of the 3e Division d’Infanterie Algérienne who supported the fierce battle for the mountains of Belvedere east of Cassino in January and February 1944.

In mid-January, the 3rd Algerians push the Germans north of the Rapido River in fierce fighting. An excerpt explains the drama:

Sous-lieutenant Sandrine Renault returns exhausted after evacuating casualties and speaks with ambulance leader Lieutenant Madeleine Sauveterre. “The battle just consumes everything, sucks it all in. Everything we had.” Sandrine added, “If we have to support a regimental attack beyond twenty-four hours, we need more drivers, more brancardiers … more …”

The following week the 4th Tunisian infantry regiment crosses the Rapido River and assaults the Belvedere Heights. The battle rages for two weeks.